A pretty wine with a translucent fresh cherry colour and a nose of lifted cherry fruits and almost bready aromatics. A beautiful line of acidity lifts the fruit while the almost impossibly soft and silky tannins melt effortlessly into the languid finish. An understated Pinot Noir of deep, hidden power.

The 2020 harvest season had a fair amount of rain falling before the grapes started to ripen—natural irrigation that helped decrease stress levels on the vines, allowing them to function optimally during the ripening period. The post-harvest period in 2019 was cool, which contributed towards leaf fall occurring later and a good accumulation of reserves for vines to mature grapes. Spring was characterised by higher-than-normal minimum and maximum temperatures which resulted in even budburst and initial growth. The warmer, drier weather conditions that followed increased soil temperatures and root activity significantly. Overall conditions during the flowering and berry set period were much better than 2019’s extreme temperature fluctuations.

“[E]ven in the short time since we first tasted it, it’s taken on a bit of weight and shows a lovely balance between power, freshness and spice. It’s a great effort…”

“The palate is silky and fine with supple red cherry fruit. Such elegance, showing good structure and acidity. A brilliant debut vintage and it should age nicely, too.” 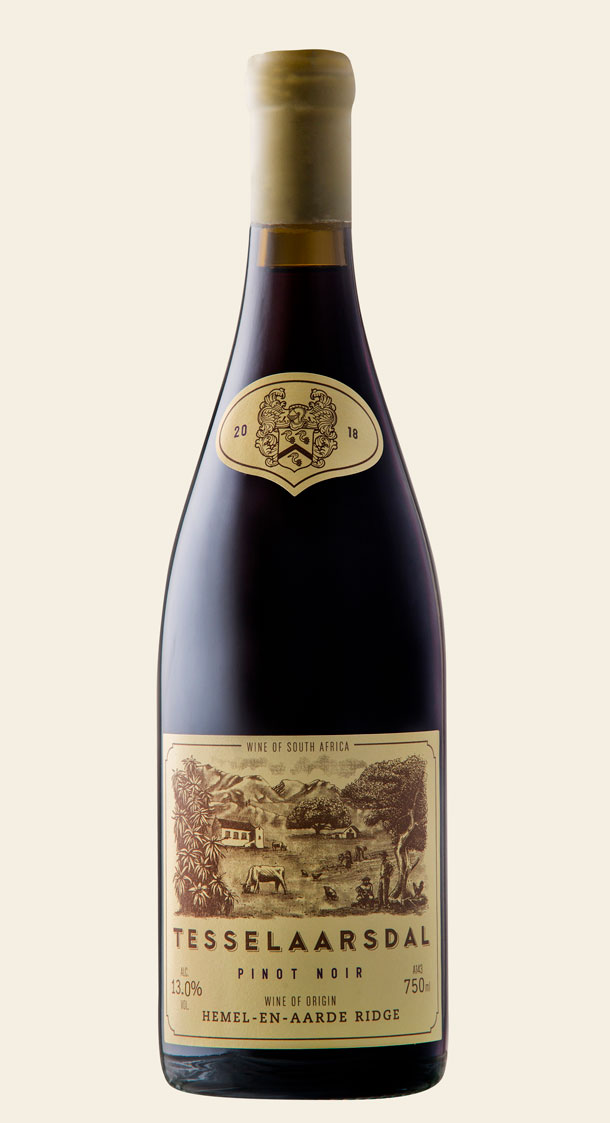 A delightful nose punctuated by notes of red and black fruit, musk and fresh herbs. The palate is medium-bodied and tightly wound with good fruit concentration, fresh acidity and super-fine tannins. The long and savoury finish makes for a delicious wine with serious ageing potential. 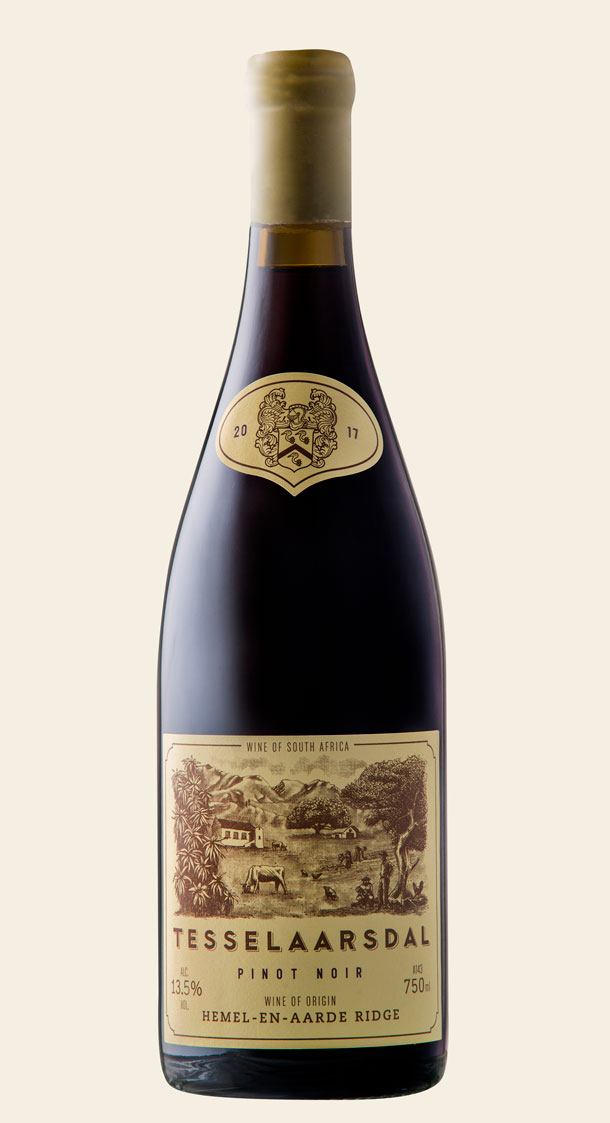 Our best vintage to date, the 2017 has greater depth, structure and plushness of palate than both the 2016 and 2015, retaining the clean, lifted blue fruit that is a characteristic of the best Hemel-en-Aarde Ridge Pinot Noirs. This wine combines the tight minerality of the old world with the pure sumptuous fruit of the new. 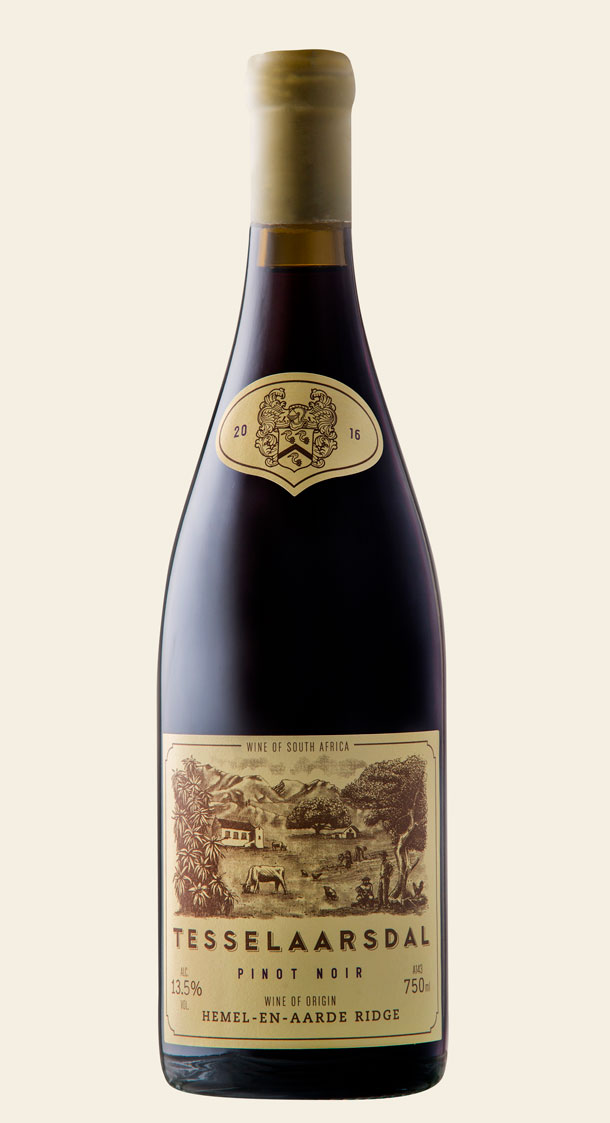 This wine boasts a fine, bright sour red berry character, and even hints of violets on the nose—bright and elegant start to finish. Lifted acidity and tightness with a hardening line of minerality place it more in the old-world than the new. It is distinctly feminine and elegant with a lovely dusting of grape tannins. 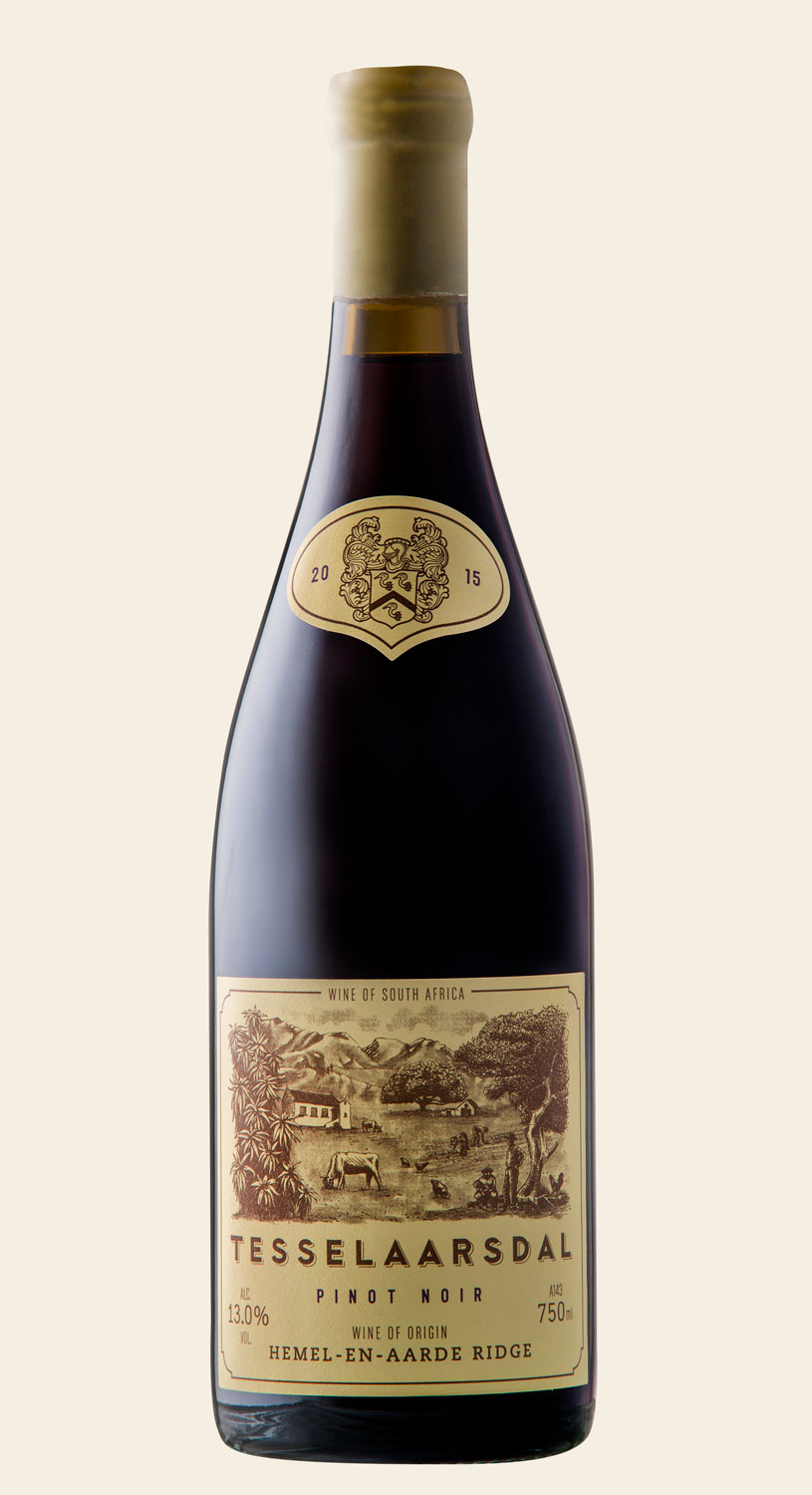 An aromatic and fine Pinot Noir with sweet red cherry fruit, white pepper and a hint of ginger on the nose. The palate is silky and fine with supple red cherry fruit. Restrained sophistication, superb structure and balanced acidity make for a wine which will age elegantly.